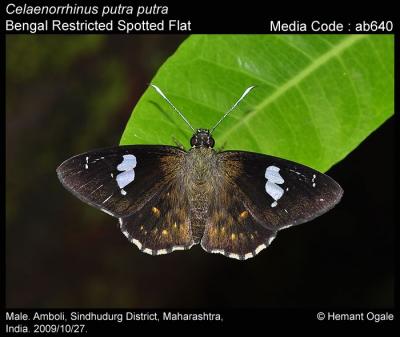 This species is not legally protected in India under any schedules of WildLife (Protection) Act, 1972 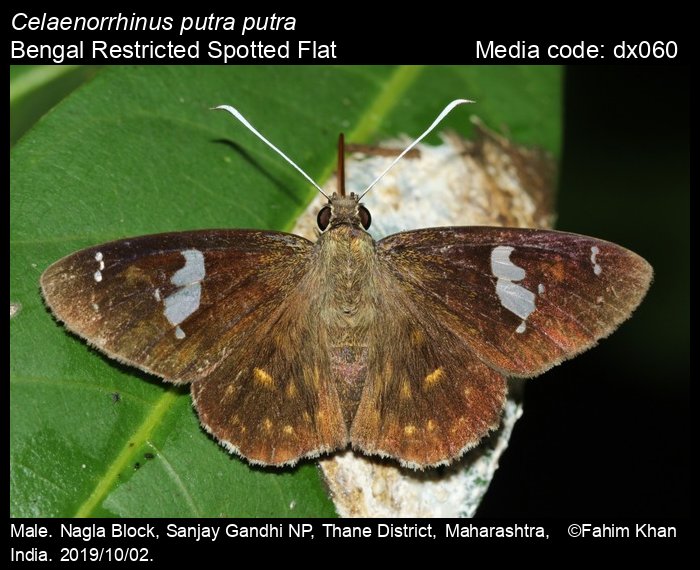 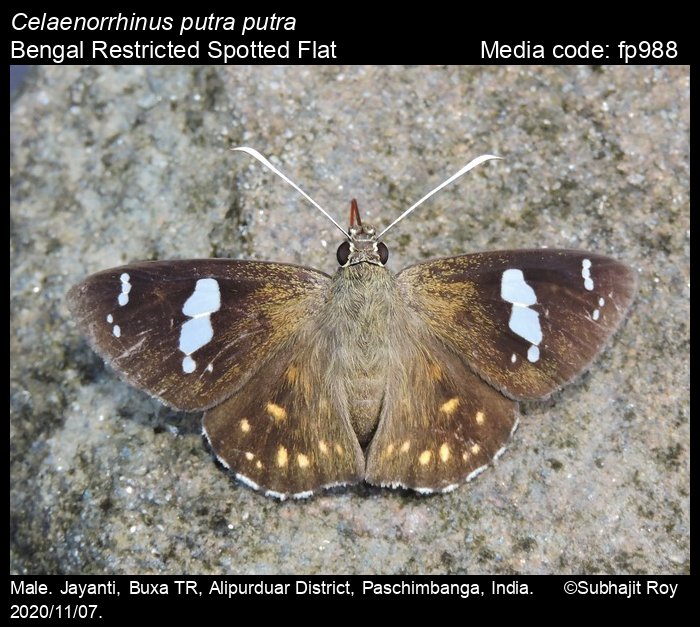 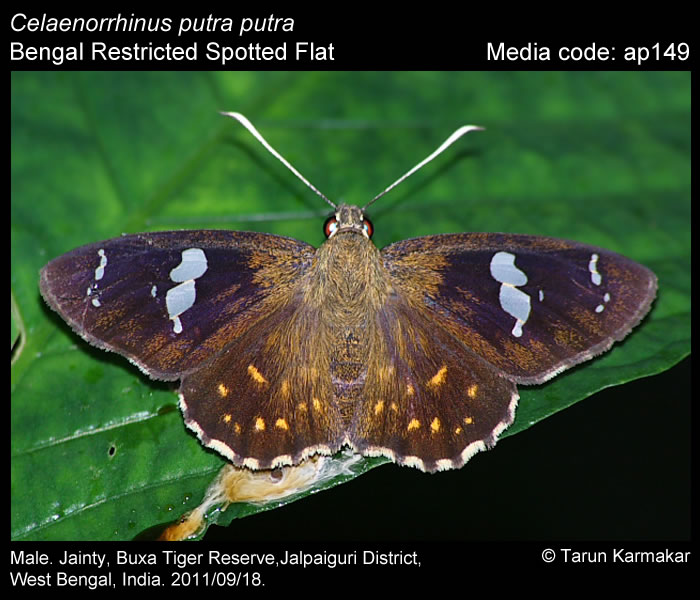 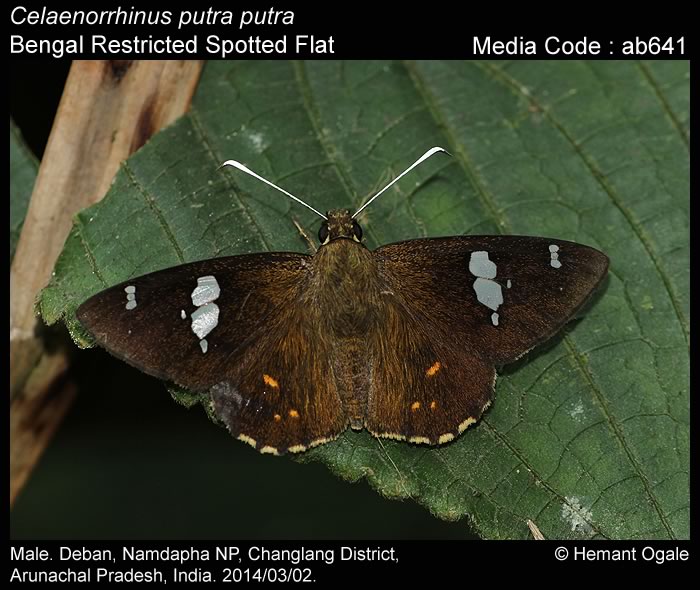 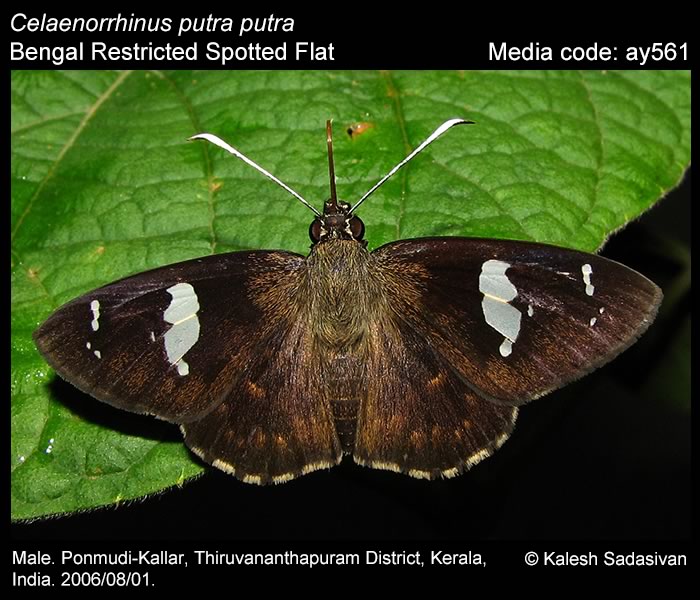 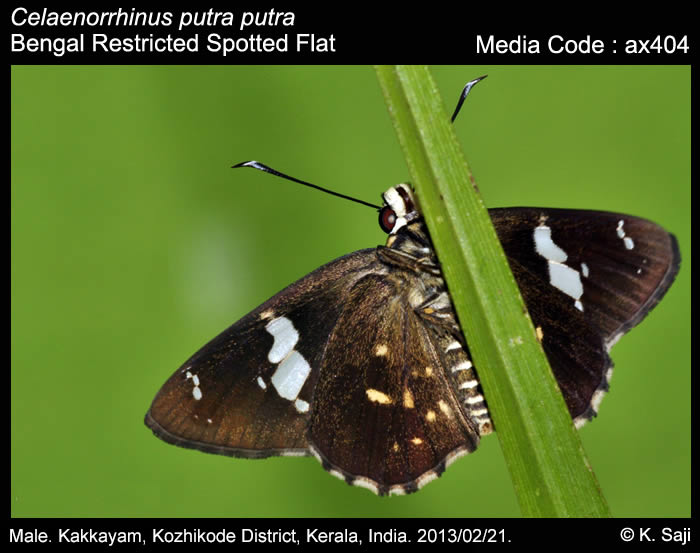 Historically, Celaenorrhinus putra was known to range from E. Himalaya and NE India east- and southeastward to Myanmar, Indo-China and SE Asia (Evans 1949; Inayoshi 2014). Since 2008, there have been a number of photographic records of this species from Amboli in southern Maharashtra and Dandeli in Uttara Kannada District of northern Karnataka southward to central Kerala in the Western Ghats, ca 1,500 to 2,000 km away from the previously known range of the species. It was only in 2013 that we were able to confirm the identity of the species by comparing male genitalia. The following images representing these records, published on this website on 13 April 2014, now formally extend the range of this species to the Western Ghats: (1) Male from Netravali WLS, South Goa District, 2010/10/30, by Milind Bhakare (BOI au579), (2) Male from Kakkayam, Kozhikode District, Kerala, 2013/02/21, by K. Saji (BOI ax403 and BOI ax404), (3) same as no. 2, presumably a female, on 2013/03/21 (BOI ax405).

These numerous records over the past six years, and the early stages studied by K. Saji on three occasions, also confirm that the species has stable, breeding populations of the species from northern to southern Western Ghats.
Strobilanthes ciliata (Kalesh & Prakash 2015) (Acanthaceae).